Air Canada is Canada’s largest domestic and international airline serving more than 200 airports on six continents. The national carrier for Canada is among the 20 largest airlines in the world and served close to 45 million customers in 2016. Air Canada provides scheduled passenger service directly to 64 airports in Canada, 57 in the United States, and 98 in Europe, the Middle East, Africa, Asia, Australia, the Caribbean, Mexico, Central America and South America.

Air Canada is a founding member of Star Alliance, the world’s most comprehensive air transportation network serving 1,300 airports in 191 countries.

Air Canada is the only international network carrier in North America to receive a Four-Star ranking according to independent U.K. research firm Skytrax, which also named Air Canada the 2017 Best Airline in North America. 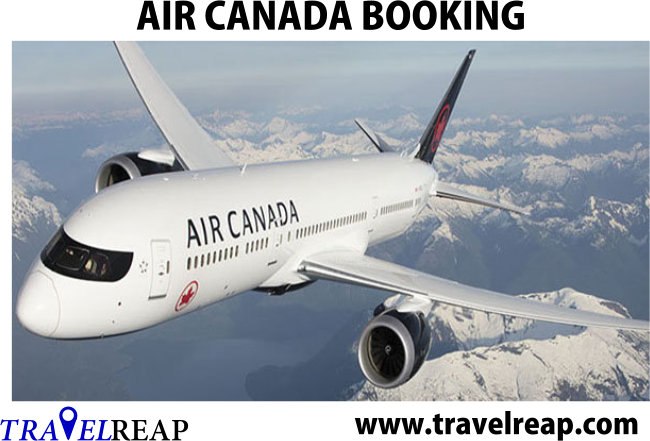 Air Canada and its subsidiaries fly to over 180 destinations across the globe, including:

A maximum of two checked bags weighing 23 kg or less each per passenger.

A maximum of two checked bags weighing 23 kg or less each per passenger.

A maximum of two checked bags weighing 32 kg or less each per passenger.

One bag weighing 23 kg or less per child/infant. Air Canada also accepts one collapsible stroller and one car seat per infant.

Air Canada offers a variety of check in options, including at the counter, web, mobile and using a digital kiosk at the airport.

Checking in online is perhaps the simplest and quickest option. Online check-in opens 24 hours and closes 60 minutes before the scheduled departure time of your flight. If you are unable to print out your boarding pass, you can opt to get an electronic boarding pass for your mobile device or get one printed at a self-service kiosk at the airport.

Mobile check-in works exactly the same as web check-in, except you work through Air Canada’s mobi site. You will get an electronic boarding pass sent to your mobile device.

This is a great option for those who may not feel comfortable checking in online, but don’t want to be caught up in long queues at the airport. Self-service kiosks can be used if your ticket was purchased through the internet, Air Canada Reservations, or a travel agent. Check-in starts 12 hours and closes 45 minutes prior to the scheduled departure time of your flight.

Air Canada was one of the founding carriers of the Sky Alliance – the world’s largest global airline alliance.The Sky Alliance has two tiers of their reward’s program, Silver and Gold, with incentives including upgrades and priority boarding.The Sky alliance now has 27 members operating with a combined fleet of over 4,000 aircraft serving more than 1,000 airports.

Enjoy a range of complimentary spirits, wines and soft drinks. Hot meals are also included and in-flight entertainment. Duty free shopping, USB port for charging devices and power supply is available as well as a Air Canada’s own enRoute magazine.

This class presents a variety of amenities: reading light per seat, blanket and pillow, enRoute magazine and in-flight entertainment with a touch-screen tv.

Air Canada Bistro meal and beverages is available for flights of 90 minutes and more.

Preferred seats option is available to purchase. These are available in exit rows, first few rows and bulkhead rows. Please note not everyone can sit in an exit row.

Dedicated Priority Check-In counters for accelerated services are available at all airports. Speed through security via exclusive access lanes at security screening points. Your bags will be marked with priority tags so they’re first on the carousel when you arrive at your destination

Before your flight, relax in one of our Maple Leaf Lounges, Star Alliance or contract partner lounges across North America.

What are Business Class

Exclusive cabin where each seat is guaranteed to provide access to a window or aisle. Larger seats with more recline, extra legroom and adjustable head and footrests. Complimentary pillow and blanket, hot towel service and premium ear buds. Onboard, Business Class service features a delectable menu with a flair for international cuisine, a full-service bar including fine wines, and unequalled service.

Check your emails, connect to your favourite streaming services and browse the web when you use Air Canada WIFI. Air Canada WIFI is available on select aircraft and routes, including services within North America, to the Caribbean and international flights.

Air Canada Signature Class – passengers flying in the Signature Class are offered meals inspired by the destinations travelling to, such as chicken biryani, Moroccan tagine and dim sum for flights to Asia, the Middle East and North Africa. Passengers can be flexible with the time they wish to eat, meaning they are not fixed to eat at the time of the eating schedule. In addition, there is the option to choose a express light meal for a lighter option.

Premium Economy (Shorter flights within North America) – passengers are given a light breakfast or snacks.

North America & Caribbean Economy Class and North America & Caribbean Rouge Class – On these classes, passengers are offered Air Canada Bistro meals for purchase which includes breakfasts, snacks, meals for lunches and dinners. The Bistro menu is available for most flights which are longer than 90 minutes, with fresh meals being available on flights of 2 or more hours and those departing before 10pm.

International Rouge – Passengers are offered complimentary meals, which vary depending on the flight times and routes.

For passengers who require a Kosher special meal, or for any special meals on flights departing Germany or Switzerland, they must be ordered at least 24 hours prior to flight departure time. For all other requests for special meals, these must be requested 18 hours before flying. This can be done online by contacting Air Canada Reservations. The selection of special meals are as follows:

On most flights, there will be a full drinks service on board, including alcoholic, soft and hot beverages.

Air Canada is based at Calgary International Airport which offers non-stop flights to major cities in Canada, United States andLatin America. The airport is also a hub for WestJet and WestJet Encoreand also a secondary hub for Pacific Coastal Airlines. Ithas 4 runways and can handle nearly 16 million passengers a year. Other airlines which fly to and from Calgary International Airport include Air North, American Airlines, KLM, Korean Air, Northern Air,Sunwing Airlines, Delta Air Lines, Flair Airlines, Condor and many others.

Pay for your Air Canada Flights with a payment plan

Split the cost of your Air Canada flights with monthly instalments when paying with PayBright. Make the cost of flights more affordable with manageable 6 or 12 month payment plans to finance your flights. PayBright is only available to Canadian residents, discover more here. If you are based in the U.S, you can also spread the cost of your tickets with Affirm.

Air Canada forms part of Star Alliance, which is one of the leading global airline networks. Star Alliance was founded in 1997 with the five founding airlines and now has grown considerably now to airlines which fly to 1,321 airports and 193 countries, carrying 637 million passengers every year!