Nigeria Air was a proposed airline and flag carrier in Nigeria. The new airline was announced at the Farnborough Air Show, in the UK, in 2018. Initially, operations were due to commence in December 2018. However, just two months later, in September 2018, Nigeria’s Federal Government announced that Nigeria Air had been suspended.

Before suspending the project, the Nigerian government had announced it would invest US$5 million in the new airline, and said that a the investment would be intended as a business, not social, venture. If the airline does resume, it will be privately-operated. 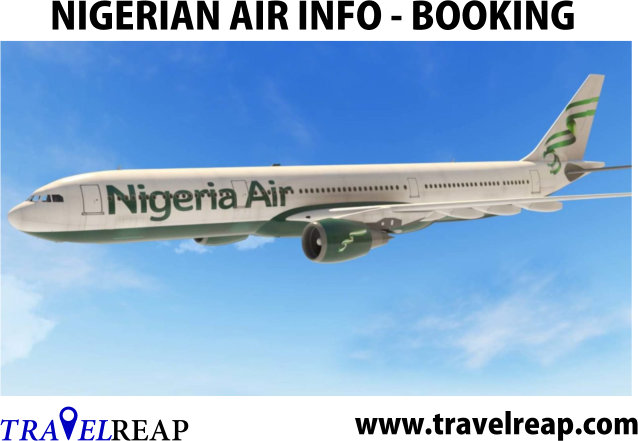 Nigerian Aviation Minister Hadi Sirika on 18 July 2018 unveiled the name and corporate identity of the much anticipated and highly controversial new national carrier at the Farnborough International Air Show in London. Nigeria Air is expected to take to the skies of Nigeria by December 2018, starting with local routes, but adding international destinations to its flight schedule over time. The announcement comes almost 15 years after the demise of the previous flag carrier, Nigeria Airways, in 2003.

The name of the new carrier was chosen after over 400,000 Nigeria’s youth, stakeholders, professionals and students were consulted via a website called www.nameyourairlinenigeria.com. The airline’s slogan is “Bringing Nigeria Closer to the World”.

The mainstream press has widely reported that Ethiopian Airlines, Qatar Airways and Singapore Airlines are being engaged over the potential management of the airline. The Federal Government has indicated that it would own a maximum share of only 5% of the airline with a view to ensure that the airline runs in a viable commercial manner. It is project that the airline will carry 4 million passengers over the next fiver years, utilizing a fleet of 30 aircraft, including the Boeing 737 as a key aircraft model.

The Nigerian aviation sector has historically struggled to achieve a semblance of viability as a result of a challenging operating environment, currency fluctuations and a host of taxes applicable to air operators.

The previous flag carrier airline, Nigeria Airways, was mired in controversy and eventually went bankrupt due to corruption and continual financial mismanagement. The airline remains at loggerheads with trade unions as a result of unsettled entitlements to former employees to this day.

A number of domestic airlines in Nigeria have however expressed concern that a new national airline might lead to the kind of anti-competitive practices that have led to the demise of a host of privately owned Nigerian airways.

The Federal Government indicated that the all-new Nigeria Air would operate as a Public Private Partnership (PPP), with an anticipated Initial Public Offering (IPO) meaning that the lion’s share of the company will be owned by private equity investment partners and the general Nigerian public.

Government would, however, provide the initial funding capital to bridge the initial financial viability gap. It is expected that the launch capital requirement will be somewhere in the region of $150m to $300m, however this capital is to be introduced into the venture in tranches.

Upon launch, the airline will set out to serve 40 domestic, regional and sub-regional routes, after which 41 international routes will be added to its schedule.

The Federal Government has indicated that the airline is expected to commence flight operations on 19 December 2018.

While Nigeria Air tickets haven’t gone on sale yet online, it is expected that air travellers will be able to book their own flights online ahead of the airline’s maiden flights. Keep an eye on Fly-Nigeria.com for more information, or compare and book flights online for a range of domestic and international airlines operating flights in Nigeria using the above flight price comparison engine now.

Before suspending operations, the airline announced it was looking into 81 route options. Destinations were not finalised before operations ceased.

Nigeria has suspended plans to relaunch its national airline two months after the attempt to revive the carrier was announced.

Aviation Minister Hadi Sirika broke the news on Twitter after a cabinet meeting, saying ministers had made “the tough decision” to suspend the project.

The new national carrier of Nigeria, Nigerian Air has got high hopes! It plans to inaugurate 81 domestic and international routes in Nigeria.The campaign was set into motion in 2015 and after a few setbacks, the airline is back on track to launch this year. The Department of Transportation has insisted that it plans to poromote Nigerian aviation with these new routes, not compete with it.