Saudi Arabian Airlines was established in 1945 when US president Franklin D. Roosevelt gifted King Abdul Aziz a twin-engine DC-3 (Dakota) HZ-AAX. A couple of months later, an additional two aircraft were purchased and so began Saudi Arabian Airlines’ journey to being one of the largest carriers in the world.

These days they boast a fleet of 139 modern aircraft, covering over 120 destinations throughout the Middle East, Africa, Asia, Europe and North America. While the airline is officially known as Saudi Arabian Airlines, they operate as Saudia. 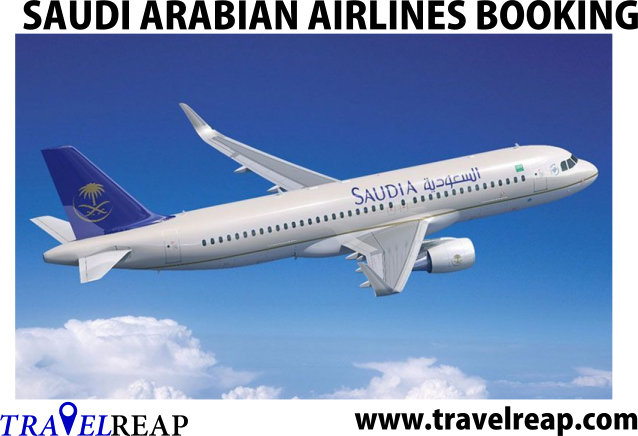 Saudi offers customers three classes in most of its aircraft: First, Business and Economy (Guest) class.

On long-haul flights, passengers in First Class are given sleeping suits so they can change and be totally relaxed and comfortable. Saudi Arabian Airlines is a member of the prestigious Chaine des Roitsseurs, a symbol of Executive Meal is served whenever they are ready to have their meal.

Saudi Airlines On Board

Saudia takes pride in offering exceptional service and quality on board all of their aircraft. Regardless of which class you purchase your ticket in, you’re guaranteed a comfortable, relaxing flight. There are three cabin classes to choose from:

When flying Saudia you have a choice of checking in over the counter at the airport, online or at a self-service kiosk.

Web check-in is available on all domestic routes, as well as selected international ones. The service is available anytime between 24 hours and 3 hours prior to the scheduled departure time of your flight.

Self-service kiosks are available at various airports throughout the Kingdom of Saudi Arabia and can also be used to check in up to 24 hours prior to the scheduled departure time of your flight.

All Saudia Alfursian (Gold/Silver) members and SkyTeam members are allowed to carry one extra piece not exceeding 23kg. These apply for flights within Saudi Arabia.

Guest Class passengers are allowed to check either two pieces of luggage, weighing up to 23kg each or one piece of luggage weighing 32kg free of charge, depending on which route you fly.

Business and First Class passengers are allowed to check two pieces of luggage weighting up to 32kg each free of charge.

Alfursan is the Frequent Flyer Program of Saudia which can provide customers with rewards, benefits and privileges. Alfursan members are entitled to a world of benefits and rewards that includes free tickets and upgrades, global lounge access, additional lounge allowance, priority wait-listing and many more.

The airline operates a fleet of the following aircraft:

One of the busiest airports in Saudi Arabia with passenger and cargo flights. The airport is hub for Saudia and Flynas. Airlines that fly from and to King Abdulaziz International Airport include Aegean, Air Algerie, British Airways, Ethiopian Airlines, Egypt Air, Flydubai, Sudan Airways, Garuda Indonesia, Royal Falcon and Turkish Airlines.