United Airlines has a rich aviation history, finding its roots in the air mail service of Walter T. Varney that was launched between Nevada and Washington in 1926 and is ultimately a combination of carriers that have merged since the 1930s. The acquisition of Continental Airlines in 2010 was, however, the biggest of these mergers, ultimately boosting United’s reach and influence.

Looking for the cheapest United Airlines business class flight prices? Instantly compare and book your own United flights online with Fly-Nigeria.com here, or find out more about the airline below. 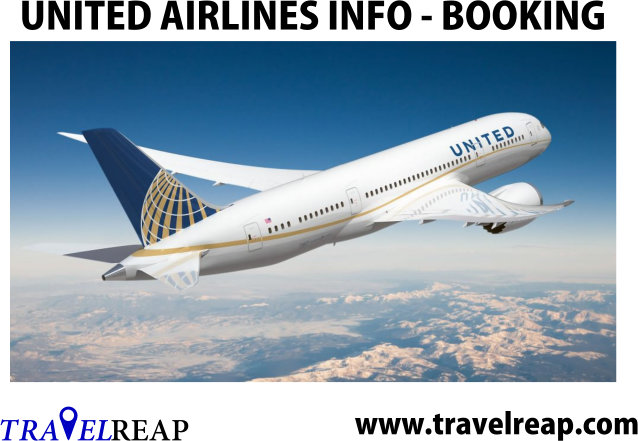 United Airlines Inc. (www.united.com) is one of America’s leading airlines. Founded in 1926 and frequently referred to as just “United”, the airline is headquartered in Chicago, Illinois. It is the world’s largest airline in terms of the number of destinations flown to, and the world’s second-largest in terms of the number of passenger miles flown. Both the airlines domestic and international routes are expansive, also covering the Asia-Pacific region comprehensively.

The airline cancelled its Houston-Lagos flights during June 2016, leaving the likes of Arik Air, SAA and Delta Airlines to service the routes between Nigeria and North America.

United’s key air hubs are situated at the Antonio B Won Pat International Airport (Guam), Los Angeles, Narita (Tokyo), Denver, O’Hare, Washington Dulles and San Francisco International Airports, among others. The airline is a founding member of the Star Alliance, and its air miles program for frequent flyers is called Mileage Plus.

During 2015 the airline reported annual revenues of US$37.86 billion, with a net income of US$7.34 billion. The airline’s total assets were valued at US$39.21 billion. By the beginning of 2016, the airline employed around 86,000 employees worldwide.

United flies to over 230 domestic and 138 international destinations. During 2010, the airline started operating scheduled flights to its first African destination, being to Accra, Ghana. This service was extended to Lagos, Nigeria, during the same year. The airline flies to scores of key international destinations from Washington, including Tokyo, Japan, the United Kingdom, China, Germany and Qatar and Bahrain in the UAE.

United operates out of seven US-based and four international airport hubs. O’Hare International Airport in Chicago serves as their main base.

The other 10 hubs are as follows:

United’s first class cabin is known as GlobalFirst, and is offered on all their Boeing 747-400 aircraft. A standard GlobalFirst suite is 2m long, and reclines into a flat bed, offering first class passengers unrivalled comfort in this class. In June 2016 the airline announced the launch of Polaris, their new business class cabin aboard the new Boeing 777-300ER aircrafts. The new aircraft’s introduction is slated for December 2016.

BusinessFirst is offered on all of United’s wide-body aircraft, with the exception of domestically configured 777-200s). Business class travellers check in at separate counters, and are offered priority security screening where available. The in-flight service experience includes pre-flight drinks, priority boarding and baggage handling, and multi course meals developed by United Airline’s Congress of Chefs on all international flights. All BusinessFirst seats recline 180 degrees into a full flat bed.

Economy Plus and Economy Classes

Economy Plus is available on all United’s domestic and international aircraft.

The maximum weight per piece of checked luggage is 23kg per bag for economy flights, and 32kg for BusinessFirst passengers. For United’s full luggage dimensions and further information, click here.

Two pieces of checked baggage of 23kg each per passenger

Two pieces of checked baggage of 32kg each per passenger

Two pieces of checked baggage of 32kg each per passenger

The standard checked baggage allowance applies to children and infants. United accepts one stroller and one car seat free of charge for each child.

Online check-in opens 24 hours and closes 2 hours before the scheduled departure of flights.

All passengers, both adults and children, must be in possession of valid identification documents and also their passports as well as any visas required. If you are unable to produce identification and any other documents required, you will not be allowed to board the flight.

To track the progress of any United Airlines flight live online, click here.

As of 2016, United Airlines has codesharing agreements in place with the likes of Air Canada, Aeromar, Aer Lingus, All Nippon Airways, Edelweiss Air, Eurowings, Jet Airways, Lufthansa, Singapore Airlines and Thai Airways International, among others.

Booking your own United Airlines flights

Use the above flight booking form to compare and book your own United Airlines flights now, or visit www.united.com (NOT www.unitedairlines.com or www.united.com.ng) for more information.

MileagePlus is United Airlines frequent flyer mileage programme. Members earn mileage rewards, which can be used to book reward travel or upgrade to a Premium cabin seat aboard a flight to Zanzibar. United Airlines MileagePlus even allows you donate your miles to a non-profit charity group.

In 2014, United Airlines committed to investing millions of dollars to upgrade their domestic premium cabin food and beverage services, added Wi-Fi to more than 370 aircraft fleet, and equipped more than 180 airplanes with personal entertainment devices.

Find the cheapest United plane tickets on Wakanow and save on your next business or tradeshow trip. Cheap United Airlines airfare is a great way to travel with your friends or family to exciting destinations worldwide. Find United Airlines flights to many destinations in Africa including Nigeria, Ethiopia, Ghana, Kenya, Senegal, Sudan and Tanzania on TravelReap.