Virgin Atlantic is the second largest long-haul carrier that offers a fantastic travel experience! It is led by intrepid business tycoon, Richard Branson, and their journey to become one of the world’s largest international airlines is a very interesting story. Virgin Atlantic Booking

After starting operations in 1984 with a flight from London, Gatwick – Newark, New Jersey, Virgin Atlantic expanded to become one of the most sought after global airliners. Their far-reaching network ensures that they are able to offer cheap flights to almost anywhere in the world. 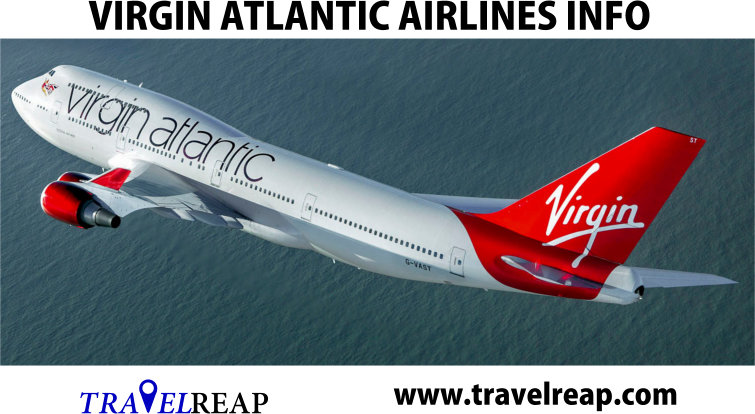 The story of Virgin Atlantic Airlines began with Virgin Records in the 1980s which signed record labels for music legends like the Rolling Stones and Janet Jackson.

The airline itself was launched in 1984, and within 6 years had sold more than one million flights. Virgin Atlantic also made the record books by being the first to provide business class passengers with their own TVs.

Sir Richard Branson and a team of dedicated employees were responsible for the expansion of this successful airline in the 1990s and 2000s. This decade also saw the evolution of the airline’s super economy class into the award-winning premium economy class. Virgin Atlantic went from strength to strength in the early 2000s. The Upper Class Suite, with the most comfortable beds in business class was developed during this time.

Virgin Atlantic Airlines is controlled by the holding company Virgin Atlantic Limited, which is part of the Virgin group. It is known for stepping up to the challenge of taking responsibility for its impact on the environment. The airline keeps up-to-date with aircraft technology in an effort to minimize fuel consumption and to minimize environmental impact. Virgin is constantly working on sustainability projects.

Virgin Atlantic (www.virgin-atlantic.com) is a leading UK airline based in Crawley.Founded as British Atlantic Airways in 1984, Virgin Atlantic today operates a fleet of 40 aircraft flying to 21 destinations around the world. Along with Virgin Holidays, the airline is 51% owned by the Virgin Group, with Delta Airlines holding a 49% stake in the businesses.

Hand Luggage: 10kgs, except for Upper Class, which is 12kg

Virgin Atlantic online check in for all for flights flights opens 24 hours before the scheduled departure and closes 70 minutes before. It’s the easiest and most convenient method that will save you plenty of time. Check Here : https://www.virginatlantic.com/ng/en

Virgin Atlantic also has a wide range of check-in options to suit almost every need including:

Please check your booking confirmation for more details specific to your trip.

Infants receive a full 23kg baggage allowance. Passengers traveling with infants or children can bring a fully collapsible pushchair and car seat, in addition to their 23kg luggage allowance.

With the new Virgin, Atlantic 787 Dreamliner, the journey can be as enjoyable as the destination. With award-winning leather seats, mood lighting to minimise jet lag, WiFi on-board and fresher cabin air than ever, you’ll arrive feeling refreshed and ready to make the most of your trip. A more sustainable aircraft with a higher fuel efficiency, the 787 Dreamliner has fewer moving parts, making it more reliable getting you to your destination on time, every time.

Step into a world of relaxation and class and be welcomed by the unrivalled hospitality and friendliness of the crew on board Virgin Atlantic, who go above and beyond to deliver an unforgettable experience. Sit back and relax in the ultra-stylish economy cabins where you can enjoy a choice of 3 complimentary meals and complimentary drinks as the attentive staff assist with your specific needs.

For extra comfort, upgrade to Premium Economy, to ensure a smooth journey with priority check-ins and bookings, before stretching out in a wide leather seat as you enjoy a choice of dishes from the premium menu.

Upper Class makes your journey effortless by offering personal chauffeur car services and a luxurious lounge, taking passengers to another level of sophistication and relaxation. There isn’t a dull moment on flight, both for adults and the kids, with a wide range of in-flight entertainment to choose from. This includes everything from the latest blockbusters to entertaining TV series, and mind-bending puzzles and games.

As of July 2016, the airline has codeshare agreements in place with Delta Airlines, Air New Zealand, Flybe, Jet Airways, All Nippon Airways, Air China as well as Singapore Airlines, among others.

Virgin Atlantic has code-share agreements with 7 other airlines:

Today Virgin Atlantic Airlines is based in Heathrow and Gatwick Airport in London, and it has a secondary base in Manchester. This Airline can take you to more than 33 major cities and destinations around the world, including Miami, New York, Washington, Shanghai, Dubai, Hong Kong, Boston and Delhi.

It also has a presence in Africa, in Johannesburg and Lagos. Virgin Atlantic offers some of the cheapest flights from Lagos to London Heathrow (LOS to LHR) that are available today, especially if you book your ticket in advance using the flight booking tool at the top of this page. Virgin’s partnership with Delta Airlines enables you to book cheap flights to more than 200 destinations across America including:

Virgin Atlantic operates regular scheduled passenger flights from London Gatwick, Glasgow and Manchester utilizing their Airbus A330-300s along selected routes. The Boeing 747, Airbus A340 and Airbus A330 aircraft are used interchangeably on all flights departing from London-Heathrow Airport. In Africa, the airline flies to Lagos and Port Harcourt in Nigeria, Cape Town and Johannesburg in South Africa, as well as to Accra in Ghana.

The airline flies to various destinations in the United States, including Atlanta, Boston, Orlando (from London Gatwick), Detroit, Las Vegas, Los Angeles (LAX), Miami, New York (JFK and Newark), San Francisco and Washington DC. In addition, the airline frlies from London to Dubai in the UAE, Cancun in Mexico, as well as Antigua, Barbados, Grenada, Havana, Montego Bay in Jamaica as well as St Lucia and Tobago as part of their transatlantic flight network.

Other key international destinations include Athens in Greece, Hong Kong, Nairobi in Kenya, Port Louis in Mauritius, Sydney in Australia as well as Varadero in Cuba.

Virgin Atlantic is an award-winning global airline, with many earned honors. Virgin has won the Travel Weekly Globe Award for Best Scheduled Airline to US/Canada as voted for by Britain’s travel agents, the consumer award for favourite Airline by readers of The Mail on Sunday; Virgin Atlantic has won two years in a row title of “Best Premium Economy flight in the World” at Business Traveler’s “Best in Business Travel Awards” and also for two consecutive years, scored “Best International Airline” in Travel Weekly’s 2009 Readers’ Choice Awards. Zagat survey has put Virgin Atlantic in first place for International Airline for Inflight Entertainment and first place for Best Frequent Flyer Program.

You can track your cargo here : https://www.virginatlantic.com/ng/en